You are here: Home | General Wanderings | Reflecting On My Journey [Tanaia]

Reflecting On My Journey [Tanaia]

After arriving in Herradura de Rivas, one thing that surprised me was the difference between my host village and the other cities we visited. San Jose, Alajuela, and Manuel Antonio were hot and humid as I assumed they would be, with many stores, restaurants, cars and people lining the highways. While they were not as crowded as the cities that I’m accustomed to, they still contrasted with the village’s size and atmosphere.

Herradura de Rivas is located high in the mountains, enveloped by fog. During the journey there, the change of the ground from paved road to rough dirt and rocks was one of the first that I noticed. The path became more precarious, with steep slopes and bridges that gave way to open air and running water below on both sides. As we drove past forests of giant palm trees, flat plains and lush green hills and valleys, I then began to see the fog-tipped mountains in the distance, a taste of the famous cloud forests of Costa Rica that I had longed to see. 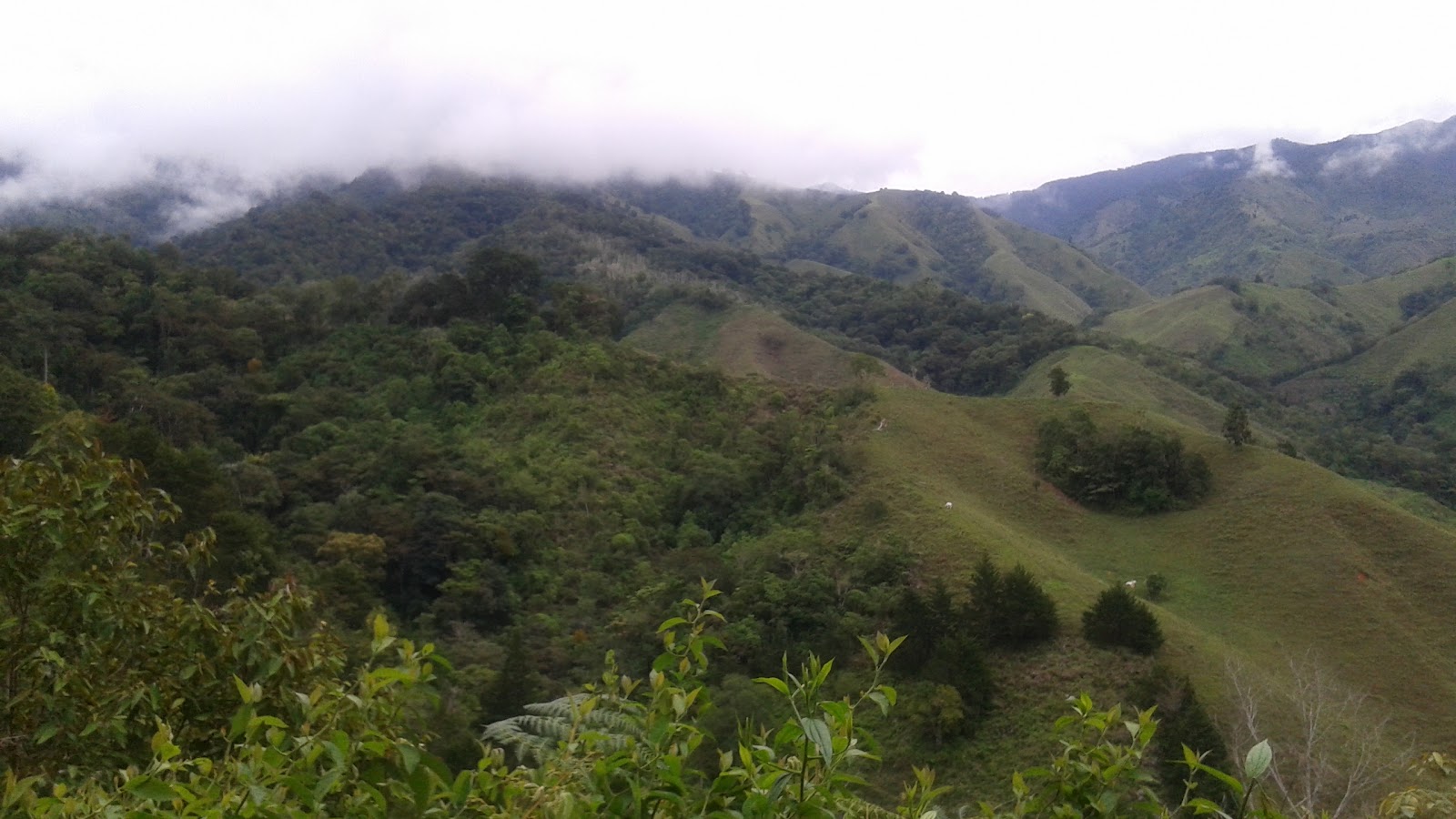 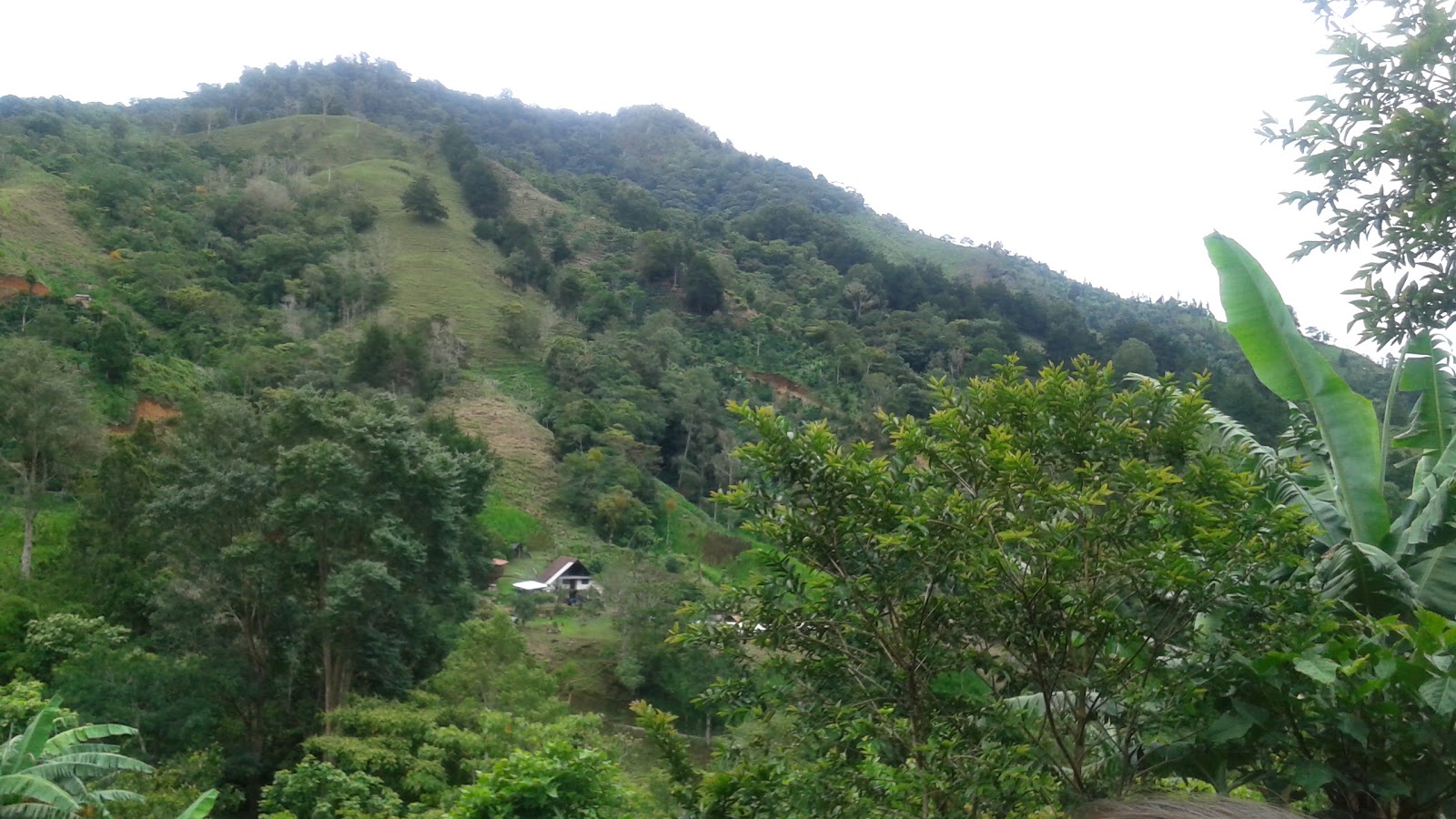 It was colder and damper there, with a heavy cover of clouds muting the sun’s heat for much of the day, although the sun was known to cast down its searing rays from time to time. Both in the village and in the cities, the intense humidity meant that clean laundry hung outside was reluctant to dry. It was the rainy season (which is considered to be their winter) at the time of my trip in July, so a torrential downpour could strike suddenly without warning, especially in the afternoon period. Ironically, I found the unpredictable weather to be reliable and familiar. Living in New England has made me comfortable with capricious weather conditions.

The village, though considerably smaller than a city, was spread out farther than I had imagined. Despite this, the people still formed a close knit community that proved to be warm and welcoming towards our group. Our trip leaders had explained that these were very nice people and that there was no reason to be nervous, so this was as expected, but it was still good have my doubts quelled and to feel reassured. Very few of the residents spoke substantial English. That was also as expected.

Even though I knew that Costa Rica was a Spanish speaking country, it hit me from the moment I arrived at the airport – and again with more force when I entered San Jose – that I was truly in a place where English was not the top priority or the automatic standard. The signs were written in Spanish. The announcements over the airport speaker were in rapidly delivered Spanish. Passerby chatted animatedly in their native tongue. This was heartening for me; I had wanted thorough immersion into the language and culture to develop my communication skills. Nevertheless, it was a bit shocking and disorienting as well. I would be forced to use what knowledge of the language I possessed and adapt to survive here. That was the point.

My first encounter with being thrown into speaking Spanish was at the customs desk. After all that I had heard about customs being a stressful and daunting ordeal, I was feeling rather intimidated. I walked without confidence up to the counter, and was pleasantly surprised by the official’s relaxed and friendly demeanor. He asked me a few simple questions and was pleased with my Spanish. After a brief but encouraging exchange, I rejoined my party and we left to meet the rest of the group, which had flew to San Jose from Houston instead of JFK airport in New York.

Our group was fantastic. I feel like we developed a close camaraderie and genuinely enjoyed each other’s company. Our volunteer project in the village – building bathrooms for the church – gave us even more opportunity to bond with each other and with the workers that lived there. I feel as if we all fed off of each other’s positive energy and created an inclusive and respectful environment that was comfortable for us and for the people of Herradura. We also accomplished a lot. With the combined efforts of our group of thirteen (ten participants, three guides), and Osvaldo, Raquel and the other village workers, we made a pretty good team. 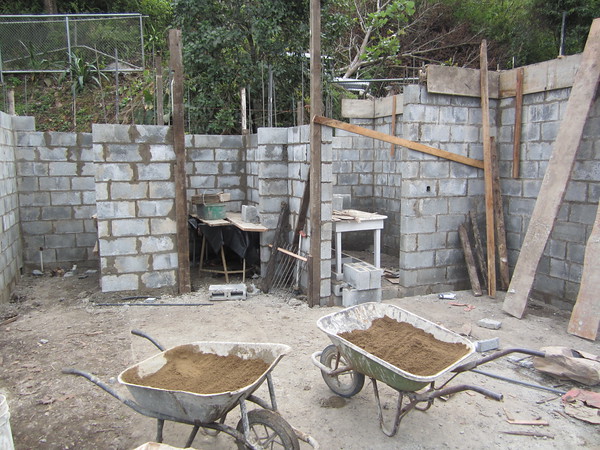 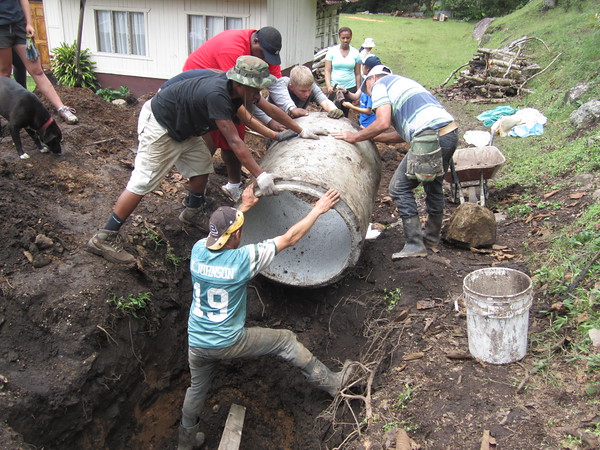 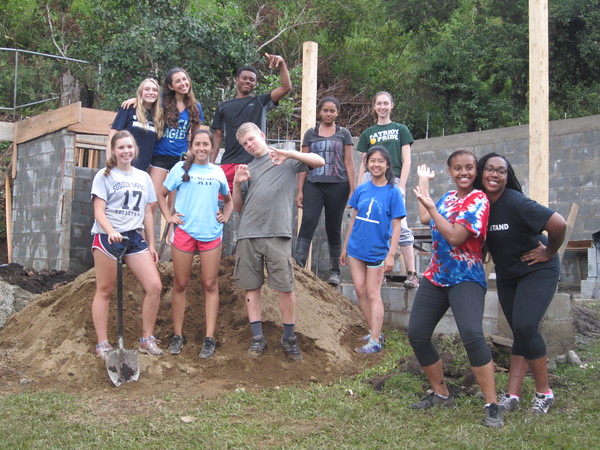 I surprised myself on this trip by stepping out of my comfort zone and taking more risks than usual. My personality inclines towards introversion, but I made an effort to connect with my group, my host family, and the villagers in general. I was amazed by how easy it was, and fun, too. I decided that I had to enjoy this experience to the fullest; it would be over before I knew it. There was no excuse for not participating in everything. Most of the participants spoke little to no Spanish, so there were times when a translator was needed to facilitate communication at the work site. That pushed me to withdraw from my shell, challenge my quiet and solitary nature and draw upon my inner leader. This also applied to living with my host family. I had no choice but to get to know them, and to let them get to know me. There was no where to hide, so I had to move forward.

It turned out that I knew more Spanish than I gave myself credit for, and since my host sisters knew a tiny bit of English, communication was generally simple and enjoyable. When we encountered difficulties, then we found ways to bypass the language barrier and bonded in the process. I loved getting to know each of them. My host mother Zobeida was warm and friendly, my host father Leonel and brothers Cristhian and Steve helpful and respectful. Sweet, funny Jenny (below) is my age and was always checking on me to make sure I was comfortable. Lucía is my older brother’s age, and I admired her easy confidence. I had never had sisters before, and I liked the experience. 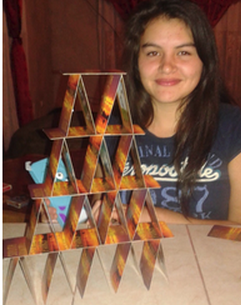 I had so much fun with my sisters. We played card games, we watched The Big Bang Theory and The Lord of the Rings movies in Spanish, they taught me vocabulary, and we simply enjoyed sharing about our lives and becoming comfortable with one another. The whole family made me feel at home and very welcome. This trip was such a great opportunity for improving my communication skills and for personal growth. I had to take risks, and leaving oneself vulnerable in such a way is both frightening and exhilarating. It left me feeling temporarily exhausted, but also extremely fulfilled. My mind craves more such opportunities for growth and fulfillment.

One of the most significant ways to achieve growth and that feeling of fulfillment is by connecting with others in your local or global community. While reading Everyday Ambassador by Kate Otto, I came across the concept of a disconnectivity paradox that is occurring within this technological generation. An Indonesian quote mentioned in the book states that “Technology is meant to foster closer human relationships between those who are far, not create distance between people who are already close.” And yet, in many instances today technology creates the very distance between people that it should be bridging. This idea reminds me of a tweet I saw (here is the link: https://twitter.com/TracySheaSimond/status/56771588732802 6624), but it also reminds me of the poem “The Paradox of our Age/Times”. There are multiple versions; one of the shorter ones is written on a scroll that hangs on my bedroom wall. 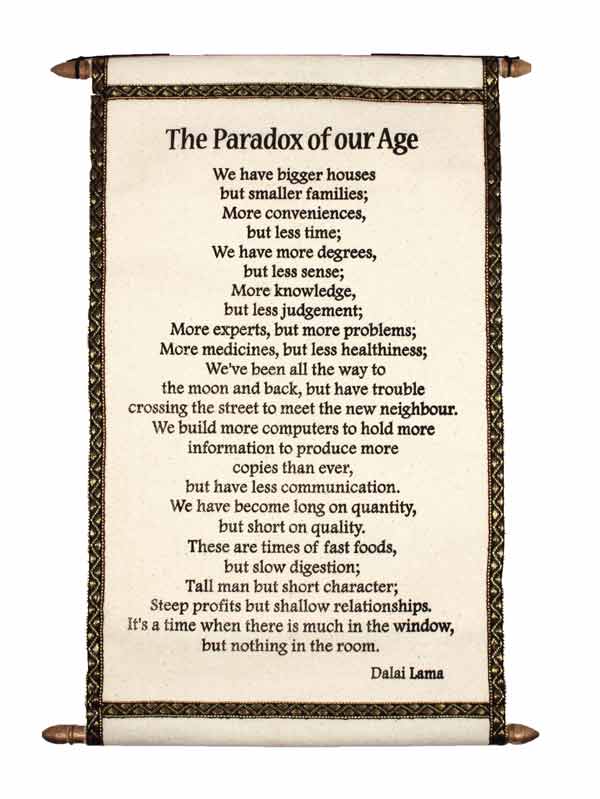 This experience has helped me to learn more about myself and about taking on leadership roles, connecting with different types of people, and trying new things. It has given me more confidence in my ability to communicate with others and the motivation to seek out new challenges and opportunities for growth. Of the everyday ambassador qualities emphasized by Kate Otto, I believe that I struggle the most with focus. I often become so overwhelmed with all of the things I want to accomplish that anxiety and frustration overcome my logical, rational side, and I end up accomplishing nothing. I tend to be indecisive and unsure of myself, but I am gradually learning to trust myself a little more. Traveling to Costa Rica, meeting so many new people and developing close relationships, and learning to challenge myself and to trust myself in the process was one very significant step in my journey towards personal success.