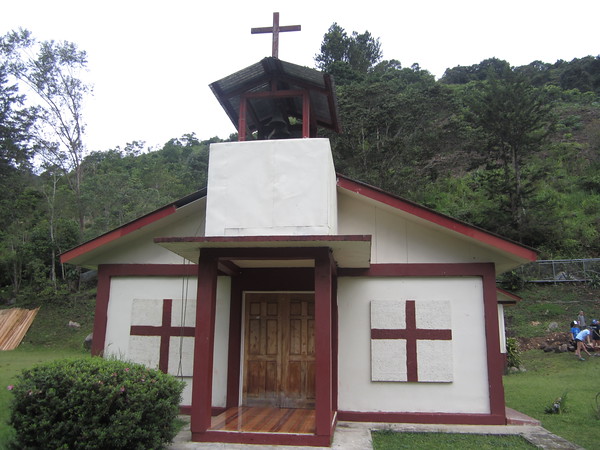 I’m not religious, but while staying in the village I decided to attend church with my host mother. I figured that I might as well try to participate in the culture as much as possible. In Herradura de Rivas, they have a formal mass twice a month. I hadn’t yet arrived in Costa Rica during the first mass, and the second of that month would not take place until after my group’s departure, so it was a simple Thursday evening service that we were attending. Our trip leader, Rashad, had told us that the service would likely not be heavily attended, but he still encouraged us to go. I was the only student who chose to attend, which made me feel nervous but also more resolute.

After long hours of working at the construction site, I hiked back home to shower and change. I had been under the impression that the community of Herradura de Rivas was very conservative, so I wore a long skirt and blouse in an effort to make sure that no one was offended by my church attire. I needn’t have worried. My host mother and two other ladies from the village sat chatting, comfortable in their jeans and sweatshirts. One of them held a guitar in her lap. My host mother Zobeida explained that they would sing as their form of prayer. She handed me a book of prayers and songs. It was in Spanish, of course, but thankfully I could understand most of it. They had fun explaining to me the meaning of the word “alabar” (praise) in the song “Alabaré A Mi Señor”.

When six o’clock arrived, Zobeida and one of the women began to sing of appreciation and celebration in voices filled with passion and happiness. The other woman joined them, their voices accompanied by the joyous strumming of her guitar. I followed along as best I could, but as I lost my place among the many pages of the songbook I realized that they knew all the words by heart and were singing directly from memory. One of the women was very helpful and would point out the place in my book that they were referencing when they switched to a new song. Even though the words of the songs were in Spanish, the emotion in their voices would be understood in any language.

Towards the end of the service, they asked me to read a passage from one of the books, and they complimented me on my Spanish. Then we all held each other’s hands and I listened to their sincere prayers of thankfulness for their families, their lives, and everything that they have. It reminded me of how much we all have to be grateful for.  Zobeida thanked me for joining her at the church that evening. Despite the fact that I was a newcomer and unfamiliar with their traditions, they had accepted me without hesitation welcomed me fully into their community.

Afterwards, we stopped by the local pulpería (it was similar to a corner store or small grocery store) and were greeted by some of the other women from the village. They created a boisterous atmosphere by laughing, joking and generally having a good time. The rest of the group was sitting there as well, talking and relaxing after a game of soccer with some of the local children. 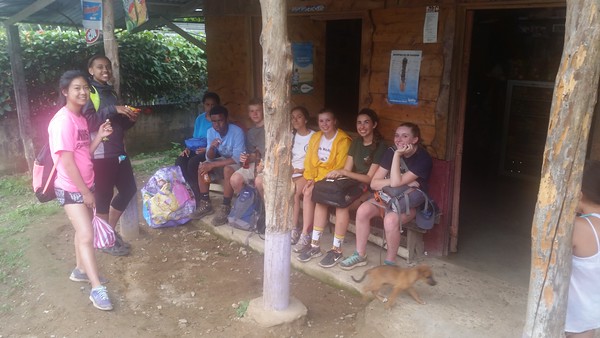 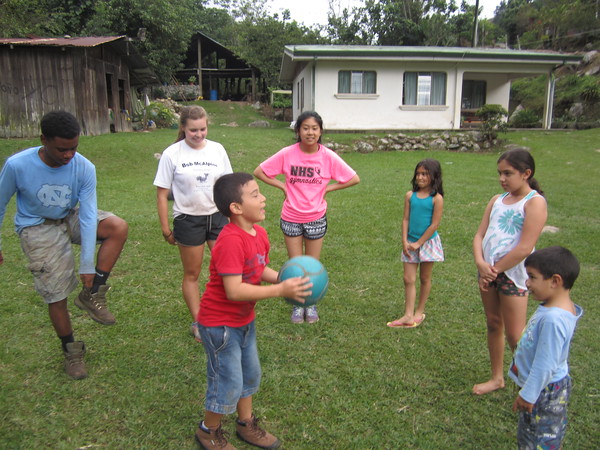 My host mother asked me what I would like to eat and what foods she should buy for dinner. I’m not too choosy and I don’t like being a burden, but she insisted, so I mentioned foods that I knew were accessible and not too inconvenient: fruits and vegetables, beans, plantain, and cilantro. She laughed because she knows how much I love cilantro. On our way back it started to rain hard, and then it began to pour. My host mother put her arm around me and we shared her umbrella while we talked about small things. We had a long walk ahead of us, and a short hike to end it. She was patient with me even though I was unaccustomed to the rough terrain. When we returned home, there were lots of ripe, juicy grapes and mangoes to eat from the store. For dinner she made rice, beans, sweet plantain, and a fresh salad with plenty of cilantro for flavoring. It was delicious!

It is a great thing to make someone who is new to your community feel completely comfortable, welcome, and appreciated. And that is what they did for me.